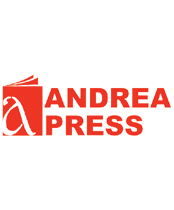 Since 1997 Andrea Press has been a publisher of quality books in various languages that have been the subject of praise the world over. Their early books covered modeling and were a logical continuation of the fact that Andrea Press was an early daughter company of Andrea Miniatures, well known as a foremost manufacturer of historical miniatures and models. Eventually Andrea’s publishing arm evolved into related fields of interest: primarily military history and collecting.

Uniforms, Insignias and Equipment of the German Navy 1933-1945

US Paratroopers from the Vietnam War to the Cold War

by Antonio Arques and Alejandro Rodriguez

by Mario Milla and Rafael Milla

The Uniforms, Equipment and Personal Effects of the German Soldier 1935-1945